I like to think I'm progressive. I wouldn't call myself a liberal or a democrat, but a lot of things I agree with are on that side. What I can definitely tell you is that I cannot relate to Hillary Clinton and I trust her about as much as I could pick her up and throw her. That's saying a lot because my upper body strength is basically non-existent.

Just about everything written about any of the candidates is biased and I'm well aware of this. I did, however, read an interesting article about Hillary's past. Apparently a meme was created, went viral and brought her past into view.

I fully admit I am not an informed voter. What I know is what I catch on tv before leaving or on the radio before I change the station lol. I had no idea Hillary had anything to do with Watergate, much less that she was fired from its Investigation Committee.

I'm including this on my blog because this election does have something to do with special needs. There are constant budget cuts on programs that provide services for the disabled and I don't think enough attention is being given to discover ways to assist people with Autism. The next president can either make that better, or keep it going in the wrong direction.

Anyway, here's that meme (and another I thought was funny) and a link explaining why she was fired and shows that lying seems to be really easy for Mrs. Clinton: 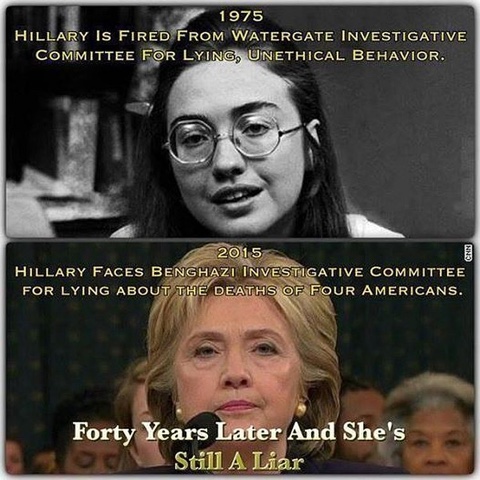 
I'm including this just because it's funny and so true: 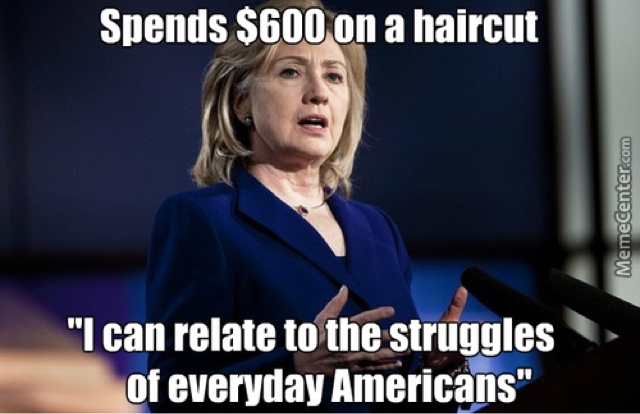 I have no idea what a $600 haircut is. Do they clean your house and car while you get the haircut?!